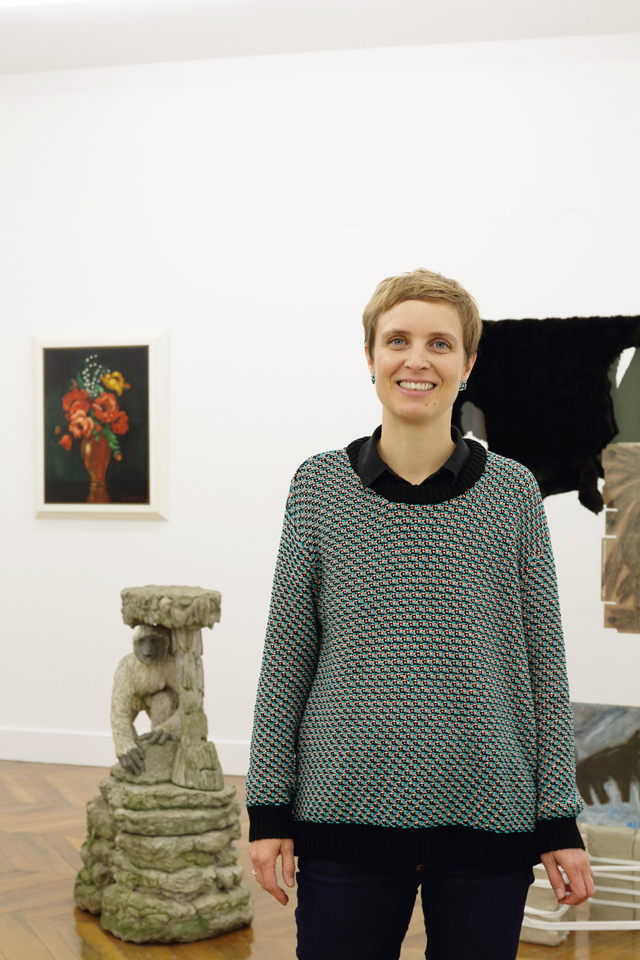 My research is based on the power of art to represent and act within the structures of the imagination and society. In an institutional context, at the direction of La Galerie, Contemporary Art Centre, Noisy-le-Sec, 2013-2018, I have sought to make the artistic program of the art centre a lever to influence the social, aesthetic and symbolic relationships between the people who animate it: artists, teams, publics, partners. In an intersectional feminist approach, I am attentive to the ways in which power relations operate within institutions, distribute roles and prioritize practices. To overcome these divisions, I seek to connect what is separate within and around the practices of art: the personnel and the professional, the work of art and its administration, the majority and the minority states.

With Myriam Lefkowitz and Catalina Insignares, I am conducting a research project, “la facultad”, around a practice that the choreographers develop with people in exile.

Currently associated with La Criée centre d’art contemporain with the series of exhibitions, events, research on the vernacular and its relationship to contemporary artistic creation entitled “Lili, la rozell et le marimba”, I am preparing an exhibition with Mathis Collins for September 2019.

From 2013 to 2018, I was director of La Galerie, contemporary art centre in Noisy-le-Sec http://lagalerie-cac-noisylesec.fr/bienvenue/ The program includes solo exhibitions by Hedwig Houben and Jean-Charles de Quillacq (2018), Pierre Joseph (2015), John Smith (2014), Laura Lamiel (2013), and group exhibitions such as “A Housse of Stone In a Metropolis…”, ass. curators Maud Jacquin and Sébastien Pluot, “Your Hands in My Shoes” (2016-2017)  ass. curator Vanessa Desclaux, “Greek type Problems” (2014), “Bonjour tristeesse, appétit, ennuis, désir, plaisir” (2013)… Other exhibitions as well as independent curator “Eye of the lynx and wooden head”, ass. curators with Barbara Sirieix, at Occidental temporary, Villejuif, (2016); Intense Proximity, La Triennale, Paris, (2012), at the Palais de Tokyo, Paris, ass. curators with Mélanie Bouteloup, Claire Staebler and Abdellah Karroum at Okwui Enwezor, artistic director; the exhibition cycle “With  Bruce Lee, it’s possible” (2011-2012) at the Énsba de Lyon; “La ronde”, centre d’art de la Ferme du Buisson, Noisiel (2011) ; “The Waves” at FRAC Pays de la Loire, Carquefou (2010) ; “Monsieur Miroir” for the 12th prize of the Fondation d’entreprise Ricard (2010) ; “INSIDERS – practices, uses, know-how”, CAPC, Bordeaux, with Charlotte Laubard and Yann Chateigné Tytelman (2009); “Good resolutions in high mountains”, Atelier Cardenas, Paris (2007), “Madame la Baronne was rather mannered, quite rococo and totally baroque. Act 1, Chapter 2, Volume 3, Book 4”, Maison Populaire, Montreuil (2006). From 2001 to 2006, I co-directed Public, an independent place in Paris, with Aurélie Voltz and Giovanna Zapperi. From 2002 to 2010, I was co-editor-in-chief of the journal Trouble (troublearchives.wordpress.com) with Boris Achour and Guillaume Désanges, founded with Claire Jacquet and François Piron. In 2008 and 2009, I conducted a protean research on the resurgence of the Arcadian myth with a symposium/festival at the ESAD in Saint-Etienne and on the online journal rosab.net #2 published by the CAPC.

Exhibitions and other things